During your bail hearing, the judge will determine if you are qualified for bail. Not everyone qualifies for bail, and there are several factors that will determine whether you will have to remain in jail until your trial.

What Determines Whether You Receive Bail

Whether the court allows you to post bail is based on how severe your crime is. If you are considered a threat to the public, your bail is more likely to be denied. Oftentimes, cases that would lead to life in prison or the death penalty will be denied bail.

However, any reason you may give the judge to believe you will flee, such as a statement you have made or your refusal to surrender to the police during your original arrest may affect whether you can post bail.

The longer your criminal history and your history of showing up to court for past crimes can affect whether you will be allowed to post bail. In all of these circumstances, even if the judge allows you to post bail, the bail amount may be higher based on your circumstances.

How To Pay a Very High Bail Amount

If you are qualified for bail, you may wonder how you can bail yourself out if you don't have the amount and there is no one who can spot you the money. One option is to turn to a bail bonds agency to pay for bail. This will typically require a fee that is a percentage of your bail determined by state law. You may be required to use the property as collateral so you can make sure that you can pay the ban bondsman in the event that you do not show up for court, such as the title to your car or the deed to your house.

If you show up at court, the bail bondsman will be reimbursed by the court regardless of whether you win your trial or not. By posting bail, you will be able to focus on preparing your legal defense and meet any other obligations you have. 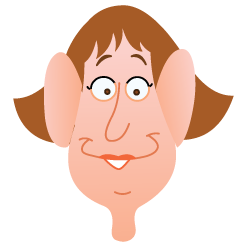